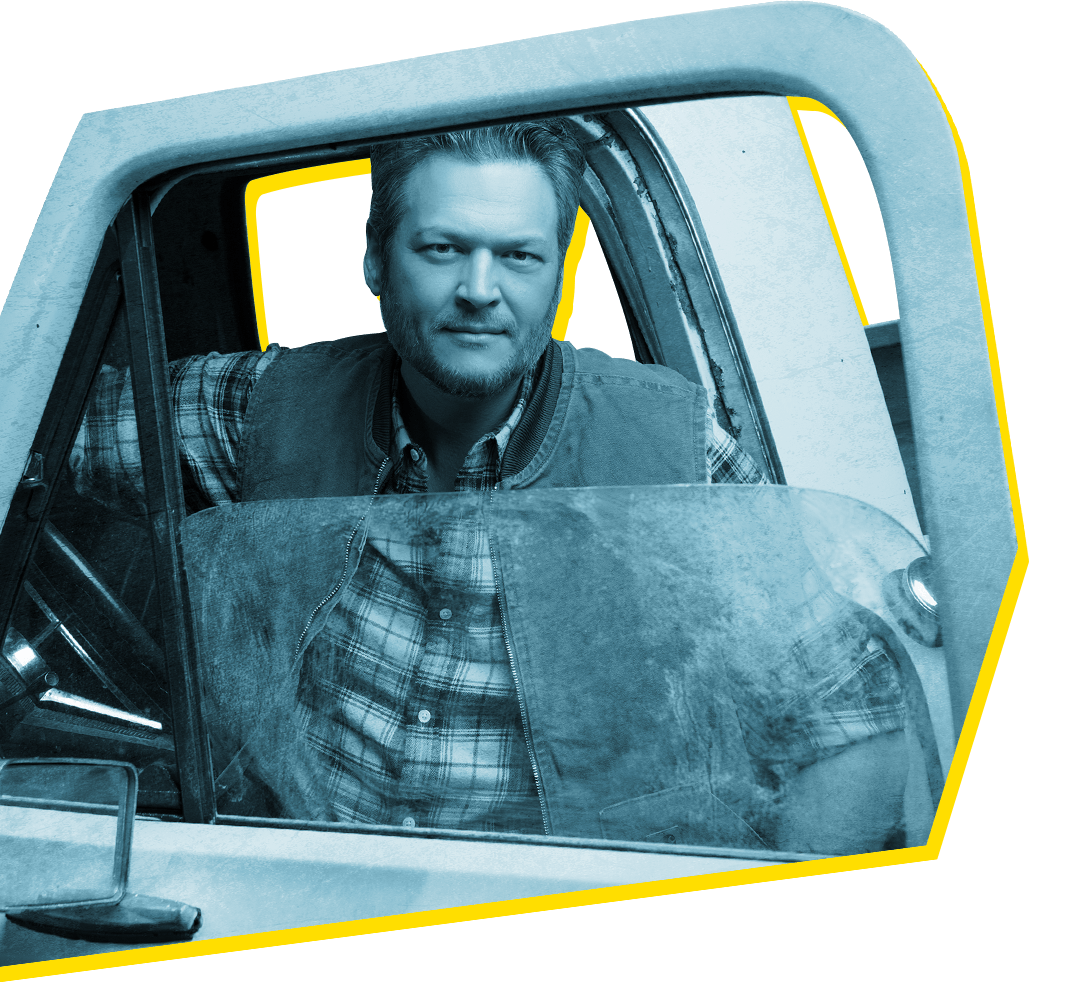 Blake Shelton, country music star and judge on the successful NBC singing contest The Voice, was born in Ada, OK, on June 18, 1976. He began singing at a young age, and learned to play guitar by age 12…thanks to his uncle. By the time he was 15, Shelton had written his first song. After graduating from high school at 17, Shelton moved to Nashville to pursue a singing career, finding work at a music publishing company.

In 2001 Shelton’s debut single, “Austin,” became his first in a string of number one country hits. Shelton has charted 33 singles, which includes 24 number ones…17 of which were consecutive. He is a seven-time Grammy Award nominee. Shelton has also been the recipient of nine Country Music Association Awards, five Academy of Country Music Awards, one CMT Artist of the Year award, and seven CMT Music Awards.

Additionally, Shelton has been a judge on NBC’s The Voice since it premiered in 2011. His singers have been declared the contest champions six times during the show’s history. Shelton is engaged to Voice co-judge (and pop superstar) Gwen Stafani.