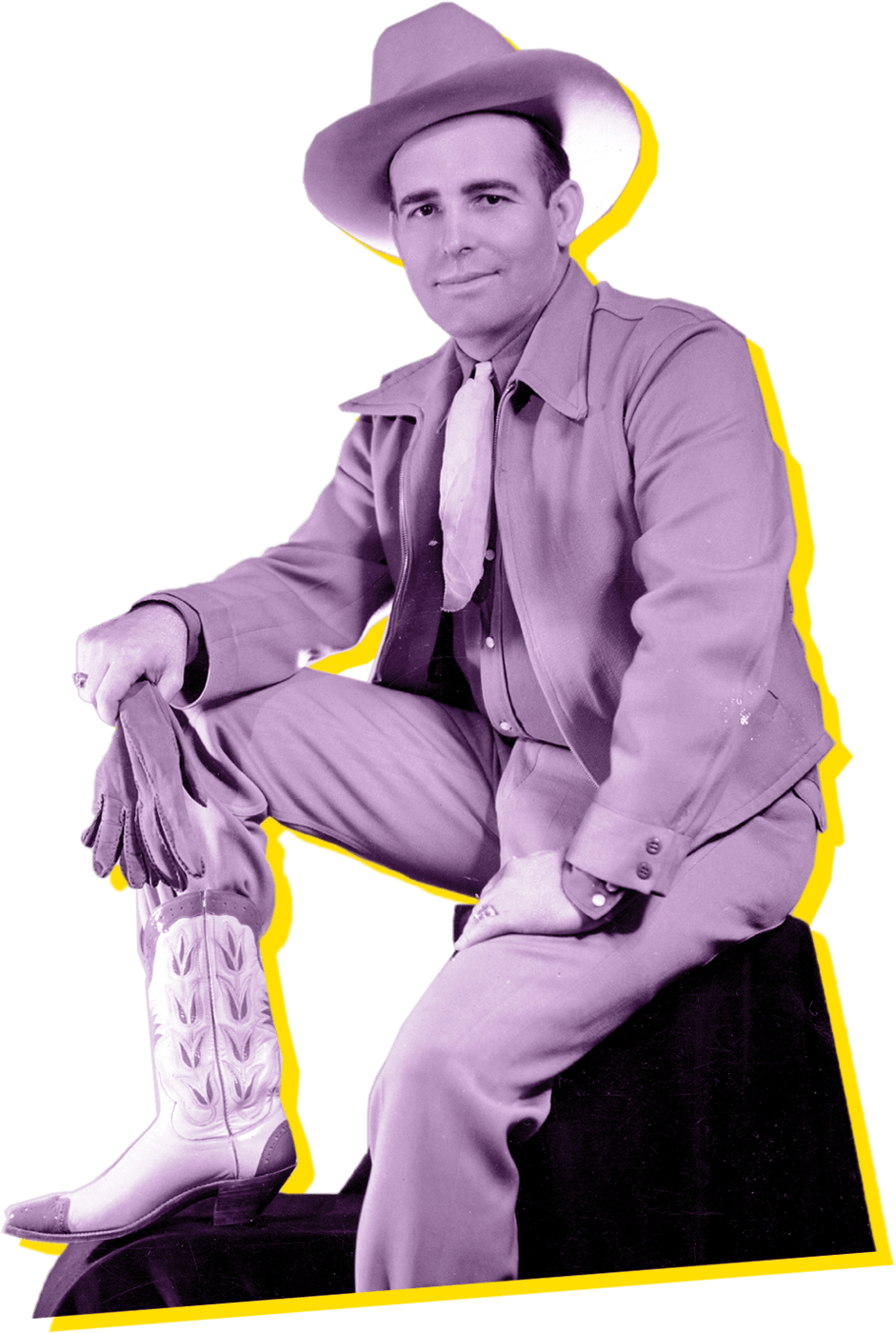 It’s hard to overstate the importance of Bob Wills and his Texas Playboys when examining the history of western swing, the emergence of country music as a national sensation, and the early days of radio broadcasting in the US.

Born in east Texas to a family of musicians on March 6, 1905, Bob Wills got his professional start at the age of 10, playing fiddle concerts and square dances. In his mid-20s Wills formed his first group and found success in Fort Worth, eventually moving to Waco and dubbing his band The Texas Playboys.

Bob Wills
and his horse,
“Punkin”.

In 1934, the band relocated to Tulsa to take up residency at Cain’s Ballroom. Before long, their lunchtime concerts were being broadcast across the nation via the 25,000-watt powerhouse radio station KVOO, “The Voice of Oklahoma.” This paved the way for the band’s national stardom, and showcased their groundbreaking Western swing sound, featuring impressive jazz infused arrangements and (most shockingly) a drum kit. Until the massive success of Bob Wills and the Texas Playboys, drums had not been accepted in country music…due to their association with black musicians. 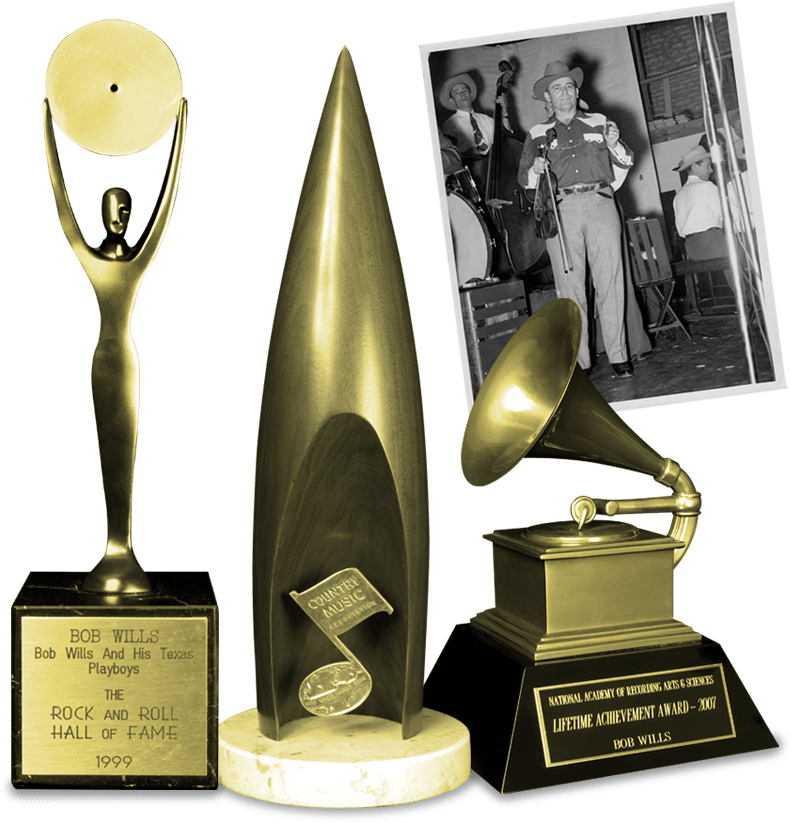 When KVOO later upped their power to 50,000 watts, the band’s popular midday show could be heard from coast to coast, Canada to Mexico. The Playboys subsequently became one of the top selling bands in the US. Wills was soon elevated to the status of major star, performing in several Hollywood films throughout the 1940s and recording numerous chart-topping songs.