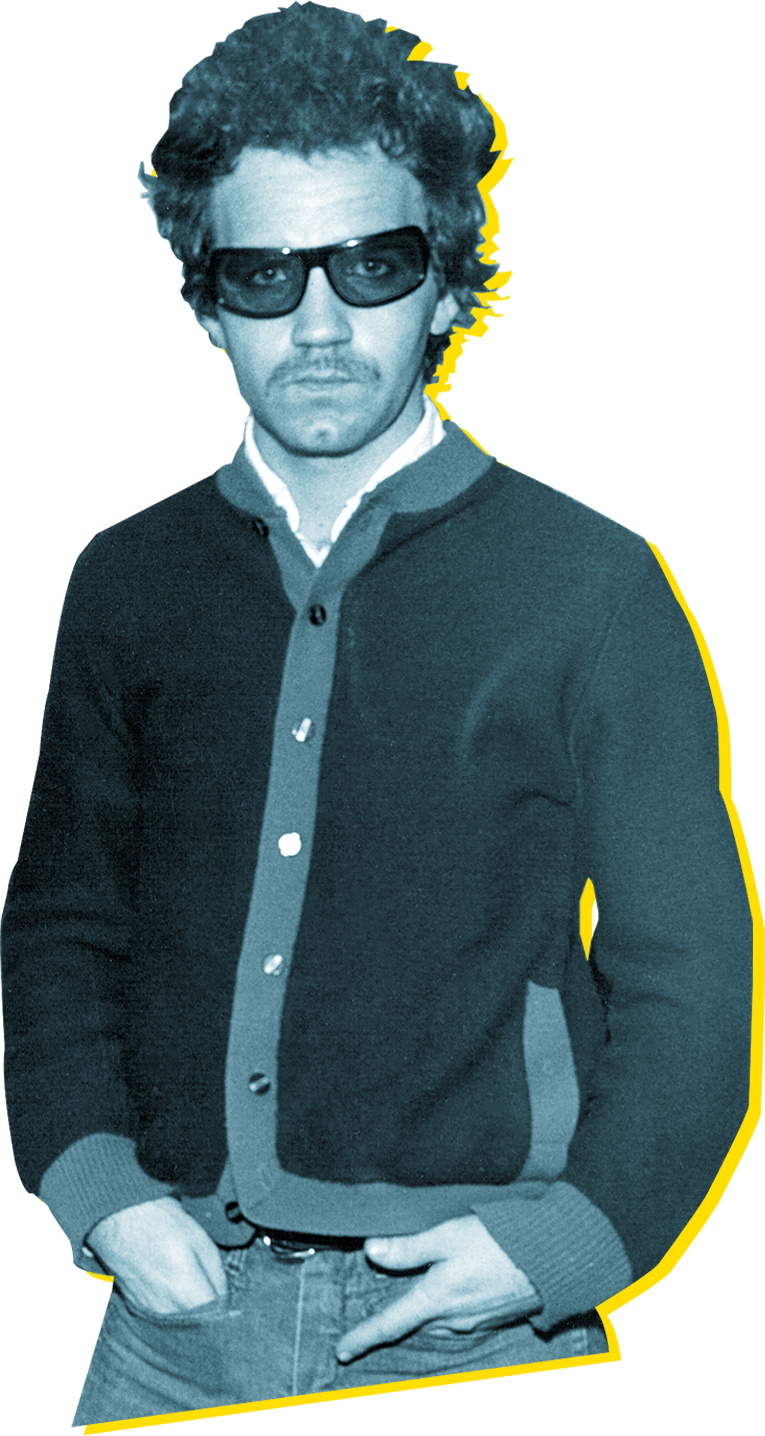 Though he never garnered the kind of widespread fame in the US that local contemporaries Leon Russell and David Gates did, JJ Cale is an international star nonetheless. He wrote effortlessly cool music that blurred the lines between rock, swampy blues, jazz and backroads country… fusing it all together with his understated yet impressive guitar work, deeply pocketed grooves, and his laid-back, 3am whisper-croon.

Cale’s songs have been covered by Eric Clapton, Lynyrd Skynyrd, Johnny Cash, and The Allman Brothers Band, among many others. Clapton once described him as “one of the most important artists in the history of rock.” 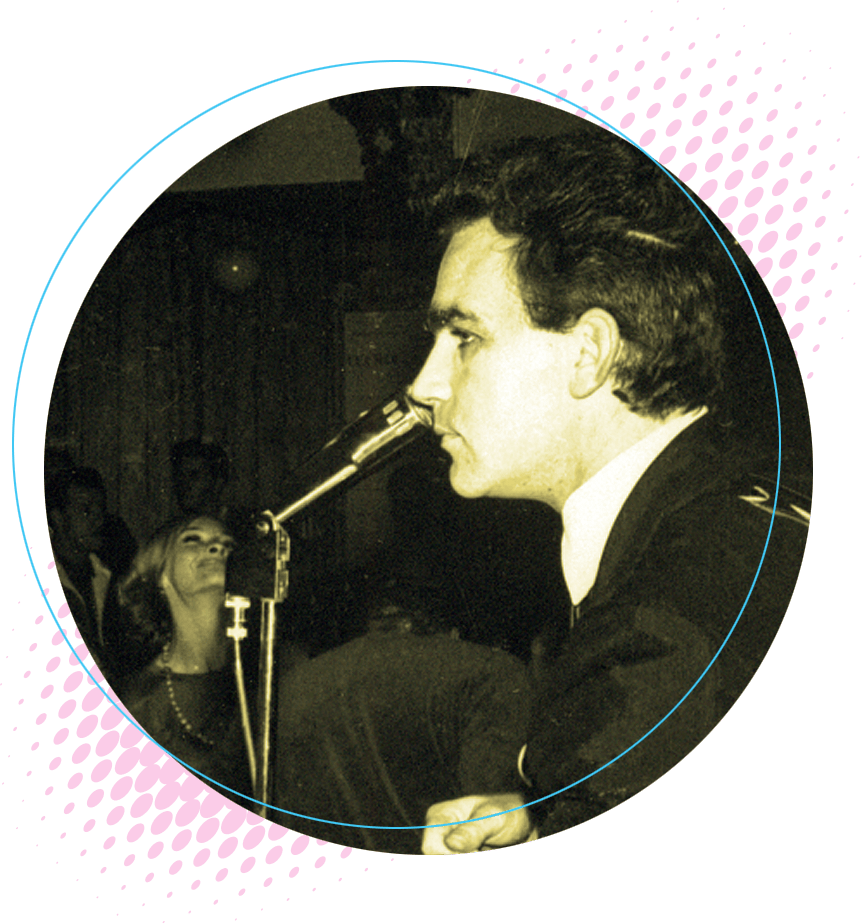 John Weldon Cale was born Dec. 5, 1938, in Oklahoma City. Growing up in Tulsa, his major musical influences were the Elvis Presley records from his Sun Recording Studio years (with Scotty Moore on guitar), Chuck Berry, Clarence “Gatemouth” Brown, Chet Atkins and other 1950s stars. In trying to emulate these guitarists, Cale once quipped “I missed it and came up with my own thing.” In 1964, Cale moved to Los Angeles along with Leon Russell and hotshot Tulsa bassist Carl Radle to seek their fortunes in the music business.

While playing gigs and working as a recording engineer for Russell, Cale found time to record several of his own demos, including “After Midnight,” but nothing much came of them. He eventually moved back home to Tulsa. In 1969 Cale signed a contract with Russell’s fledgling label, Shelter, and began working on his solo career. 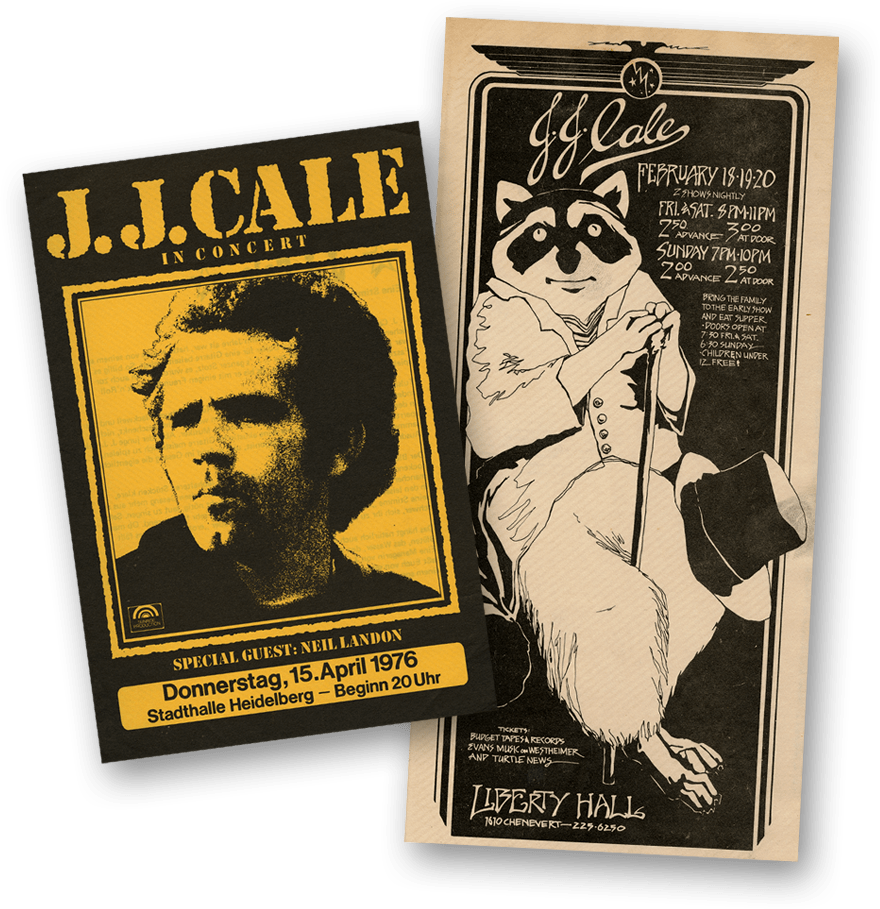 And then one day it happened…he switched on the radio and heard Eric Clapton’s version of “After Midnight” come blaring out of the speaker…and everything changed. It turned out to be a big hit for Clapton, and it launched Cale’s career. In 1971, Cale released his debut album, Naturally, which included the Top 40 hit “Crazy Mama.” The album also contained Cale’s version of “After Midnight,” along with “Call Me the Breeze,” which would be a hit for Lynyrd Skynyrd in 1974. Cale went on to release numerous critically acclaimed albums and tour the world throughout the rest of his career. 1976’s Troubadour contained the track “Cocaine,” which would become a huge hit for Eric Clapton in 1977.

Though Cale’s recordings rarely achieved the same kind of chart success in the US as other artists’ covers of them, he still managed to establish a fervent cult following among music fans and fellow artists alike…with much wider acclaim in Europe.

He remained busy and productive until his death in 2013.