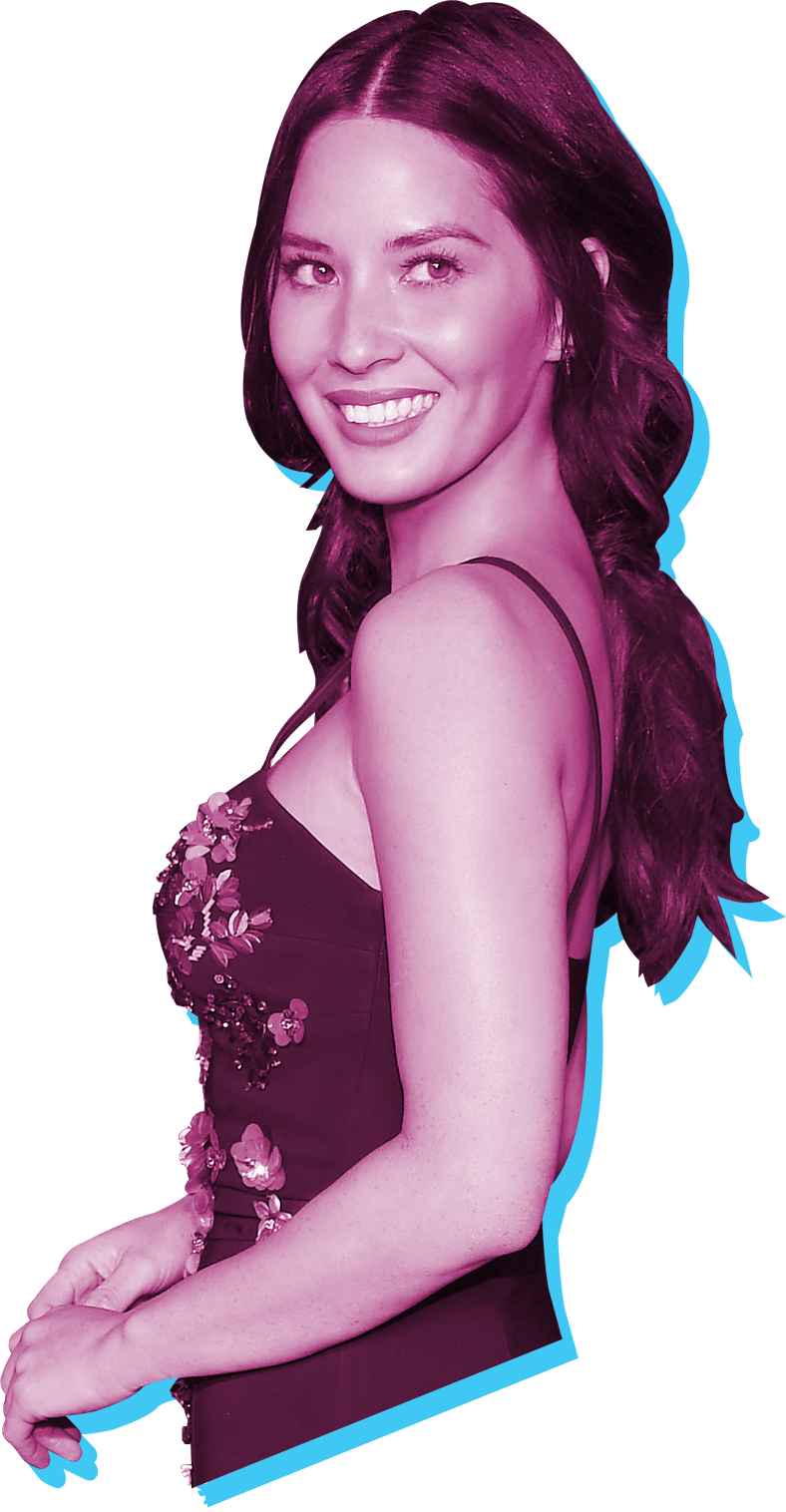 Popular actress Olivia Munn was born in Oklahoma City, July 3, 1980, to a father of German, Irish and English descent, and a mother of Han Chinese descent. After graduating from Putnam City North High School, Munn attended the University of Oklahoma, earning a B.A. in journalism with a minor in Japanese and dramatic arts.

After interning at NBC affiliate KJRH in Tulsa, Munn relocated to Los Angeles to pursue acting. In 2004, she interned at Fox Sports Networks working as a sideline reporter for college football and women’s basketball…but she disliked the experience. Turning her sights back to acting, Munn made several appearances in small films and TV shows before landing the role of teenaged surfer Mily Acuna for two seasons of the television drama Beyond the Break on The N network. In 2006, Munn began co-hosting Attack of the Show! on the G4 Network.

In 2010, Munn’s career shifted into high gear with roles in Iron Man 2 and Date Night. She also debuted as a correspondent on The Daily Show and made an appearance in NBC’s hit comedy Chuck. Additionally, Munn has made appearances in director Steven Soderbergh’s Magic Mike, as well as HBO’s drama series The Newsroom, and FOX’s sitcom New Girl, among many other roles. She is also active in charity work, including PETA and Dosomething.org.