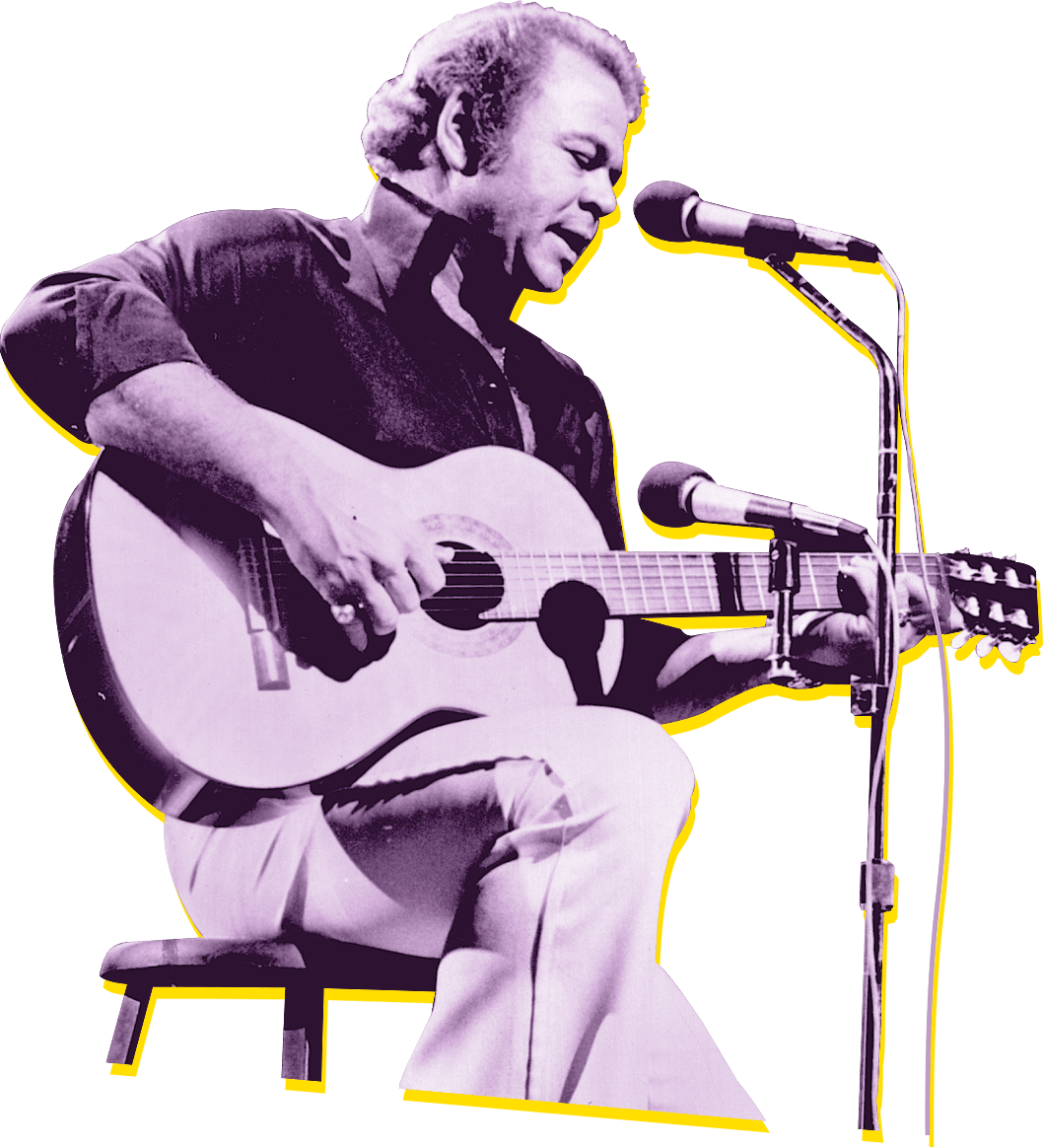 Country superstar Roy Clark once said he never really intended to become a professional musician or TV star. Good thing for all of us his intentions didn’t come to fruition.

Clark was one of the most beloved country stars of the ‘70s and ‘80s, due in no small part to his raw talent as a multi-instrumentalist, his mischievous, good ol’ boy humor, and his long-running stint as co-host of the popular television variety show Hee Haw…garnering him a weekly audience of 30 million people.

Clark was born April 15, 1933 in Meherrin, VA, to Hester Linwood Clark and Lillian Clark (Oliver). His father was a tobacco farmer and semi-professional musician. Growing up during the Great Depression, Clark spent part of his childhood in New York City and Washington, DC, as his father moved the family around looking for work. 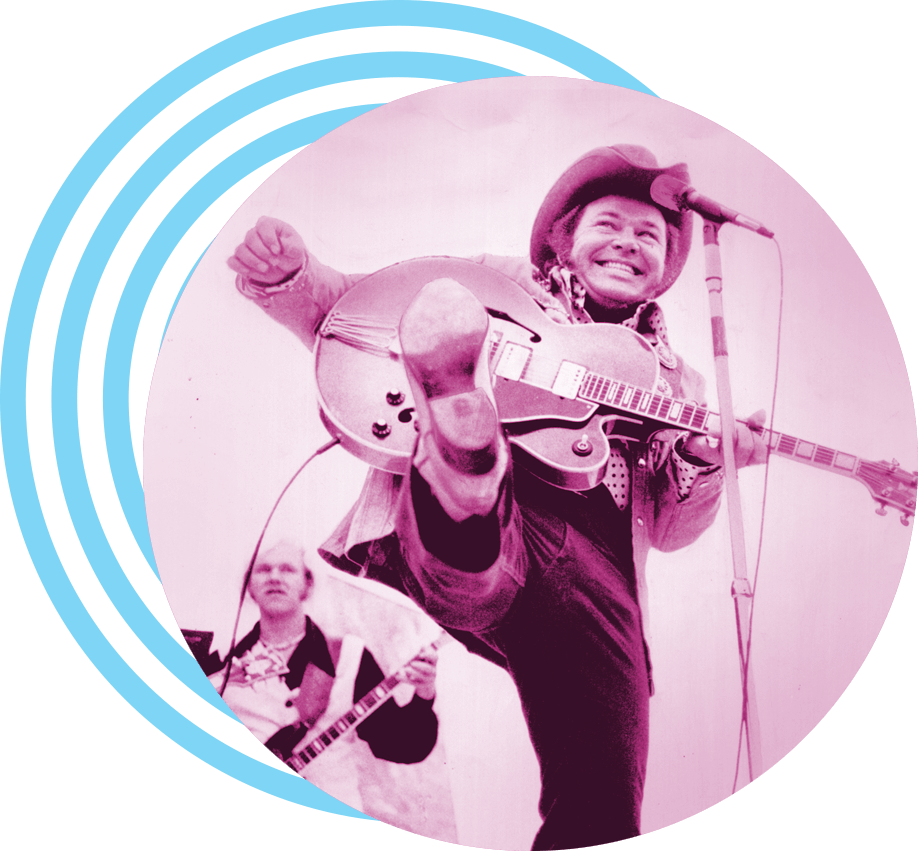 When Clark was 14, his father taught him how to play guitar. Clark would go on to master banjo and mandolin as well. In fact, he won two national banjo competitions while still a teenager. (“Guitar was my real love, though,” he would later say.) By age 16, Clark had made his television debut playing guitar on a Washington, DC affiliate. At age 17, he debuted at the Gand Ol’ Opry playing banjo. Soon after, Clark was touring the nation playing in the backup bands of various national country artists.

In 1957, Clark married Barbara Joyce Rupard. The couple settled in Tulsa, where they eventually had five children. After a stint touring with rockabilly star Wanda Jackson in the late ‘50s, Clark signed with famed Tulsa-based talent agent Jim Halsey, who represented him for the rest of his career. By 1962, Clark was headlining shows in Las Vegas and had signed a deal with Capitol Records. His 1969 version of “Yesterday When I was Young” was a hit on both the country and pop charts. 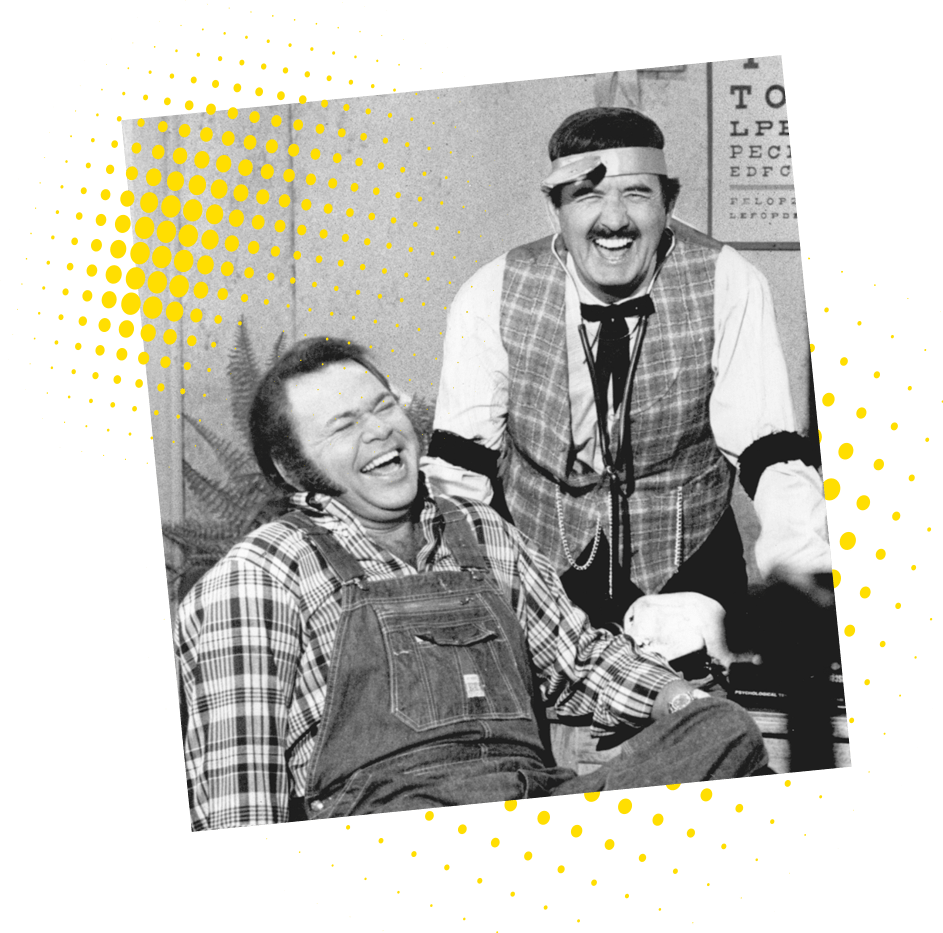 After multiple appearances on various TV shows (including The Tonight Show, The Odd Couple, The Jackie Gleason Show and recurring appearances on The Beverly Hillbillies) Clark made a major, career-altering decision in 1969, agreeing to co-host a brand new, country-and-western themed variety show on CBS called Hee Haw. The show’s immediate popularity quickly made Clark a household name. By the early ‘70s, he was the highest-paid country music star in the US.

Hee Haw ran continuously for 25 seasons, finally going off the air in 1993 (before moving into syndication). Throughout the rest of his lengthy career, Clark continued recording albums and touring the world. The Country Music Association named him an International Friendship Ambassador in 1976 after he toured the Soviet Union.