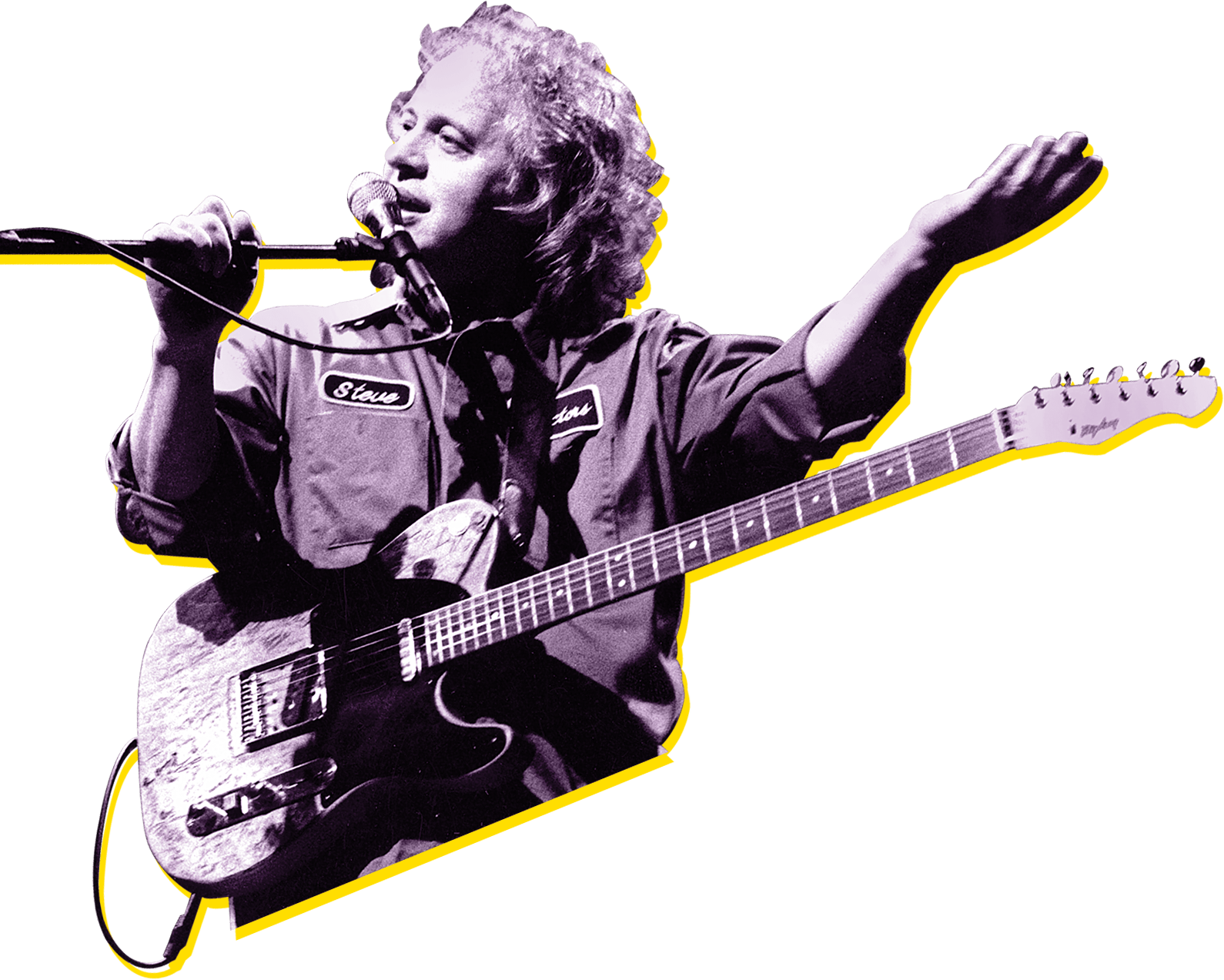 Steve Ripley wore many hats–musician, singer, songwriter, guitar maker, inventor, radio host, producer extraordinaire–and they all fit him perfectly. Equal parts eccentric studio wizard, prolific song smith, laid back Okie and devout family man, Ripley’s lengthy list of friends and collaborators included some of the most famous musicians on the planet. And, as if all that weren’t enough, his band The Tractors was responsible for creating the highest selling album ever recorded in the state of Oklahoma. 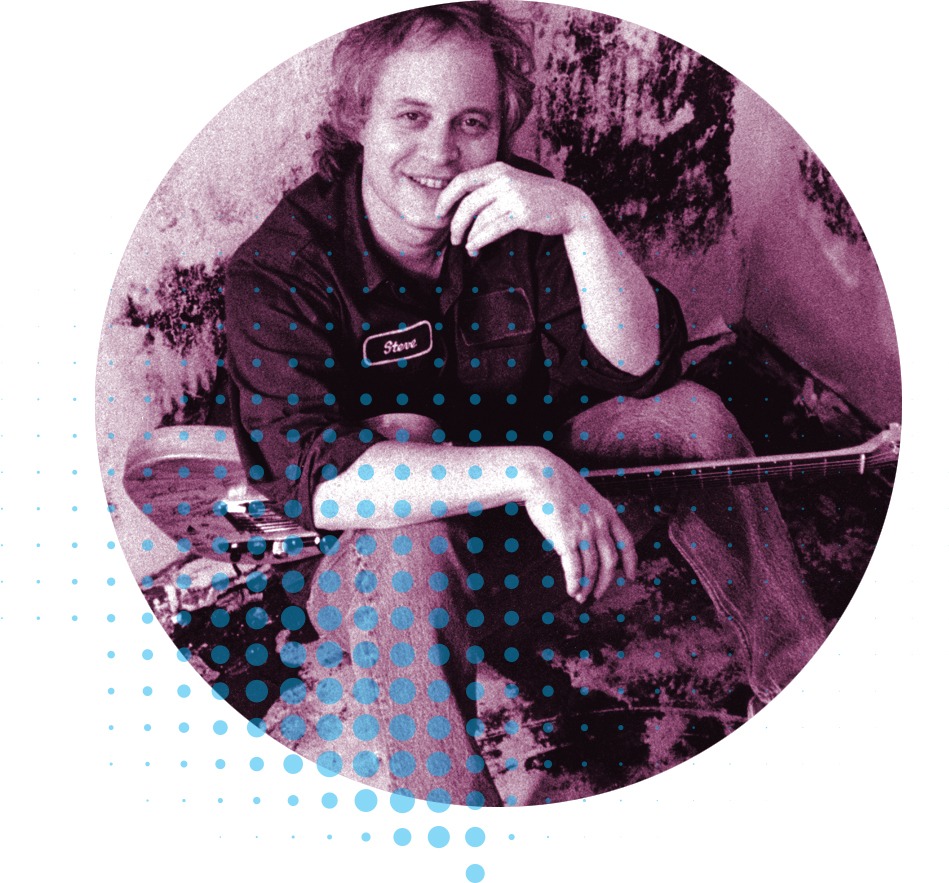 Born Jan. 1, 1950, in Boise, ID, to Robert and Mary Ripley, Steve grew up on a farm near Pawnee, OK. His deep, abiding fascination with guitars and the music of Elvis and The Beatles proved much more alluring for young Ripley than farm life, however. He joined his first rock combo in junior high and never looked back…playing from then on in various bands throughout his college years at Oklahoma State University, where he eventually graduated with a degree in communications. Ripley’s early ’70s band, Moses, is credited with the first usage of the term Red Dirt, when the group decided to call their independent label Red Dirt Records for their 1972 self-published live album. Ripley opened his first recording studio, Stillwater Sound, during this period in Stillwater, OK. He married his longtime sweetheart Charlene Grant in 1976. They remained constant companions the rest of Ripley’s life. 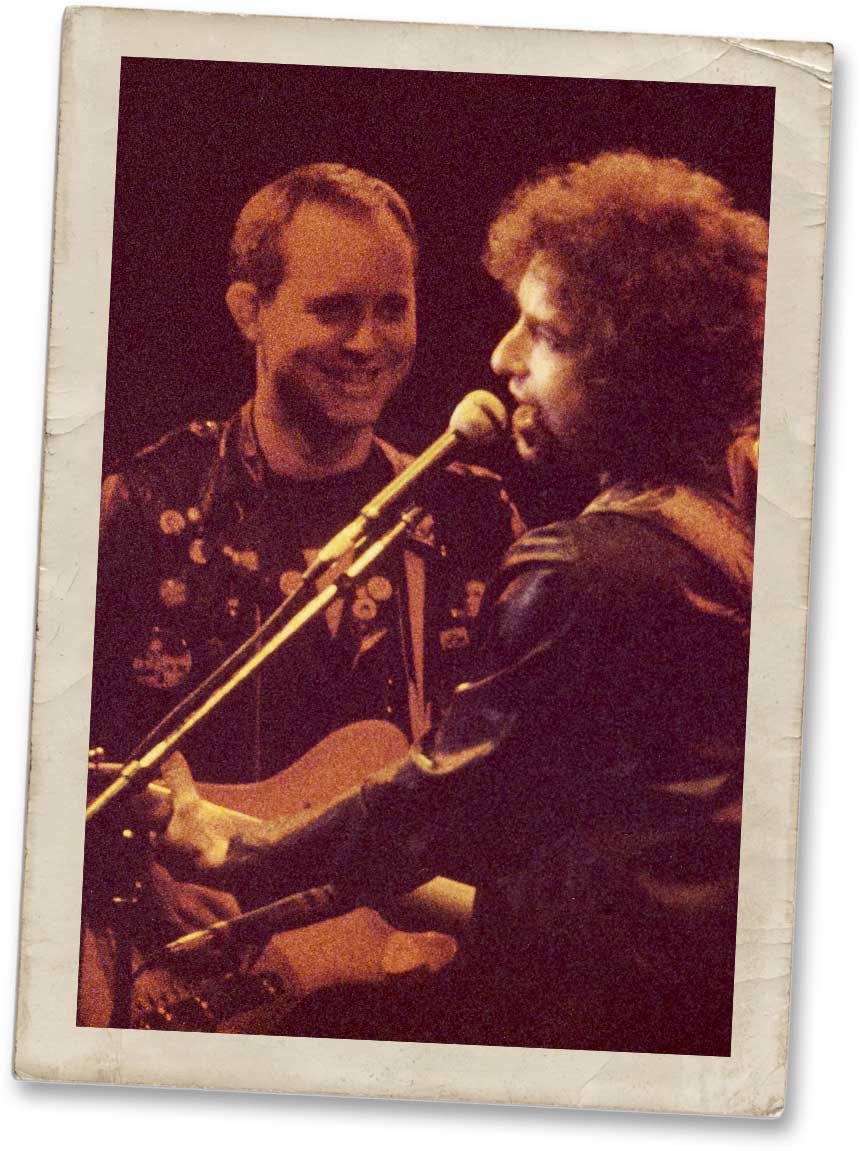 After a short stint in Nashville, Ripley found work as a live sound engineer for Leon Russell…the beginning of a lifelong friendship for the two. After moving back to Oklahoma, Ripley worked for the Jim Halsey Company and produced critically acclaimed records for Roy Clark, Gatemouth Brown and Johnnie Lee Wills. He eventually moved out to Burbank, CA, to work as a studio engineer for Leon Russell’s label, Paradise Records. While there, Ripley invented the stereo guitar…an electric guitar designed to be played through two amplifiers, allowing the player to route the sound of each individual string anywhere in the stereo field of the amps. This led to an endorsement deal with Kramer Guitars and an enduring friendship with Eddie Van Halen (with whom he collaborated on the guitar’s design). Other notable guitarists who played Ripley gear were John Hiatt, Ry Cooder, Jimmy Buffett, Steve Lukather and JJ Cale, among others

In the early ‘80s, fellow Okie (and drumming legend) Jim Keltner introduced Ripley to Bob Dylan. Not long afterward, Dylan invited Ripley to play guitar on his next album, Shot of Love (1980), and subsequently go out on tour with him. In a 2009 interview with Rolling Stone, Dylan recalled Ripley as one of his favorite guitarist bandmates. 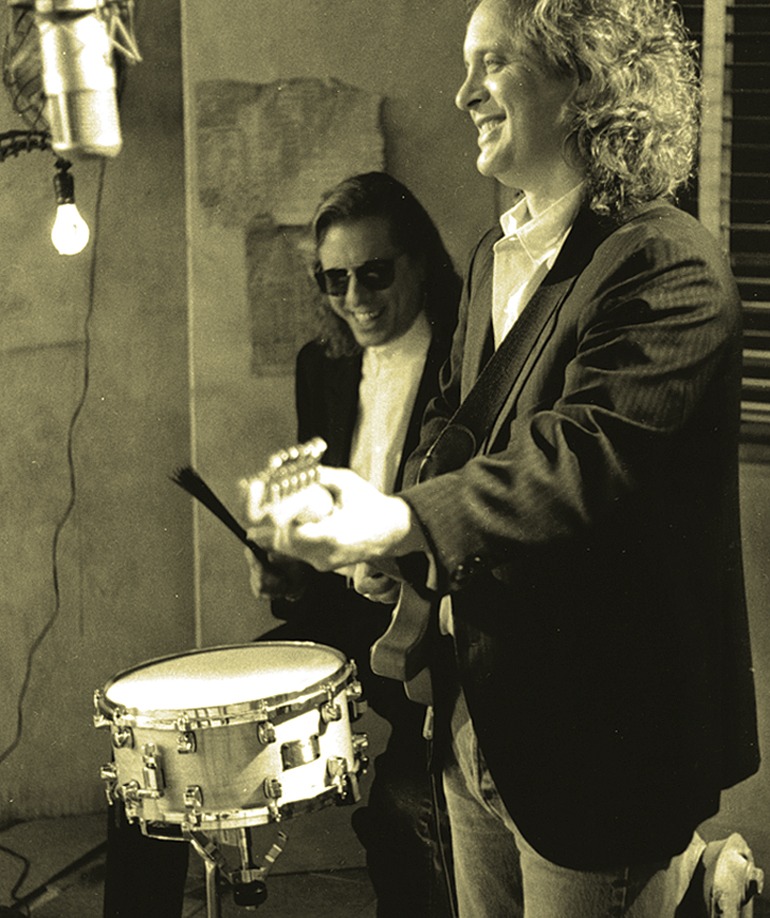 In 1987, Ripley moved his family to Tulsa, OK, and acquired the legendary recording facility The Church Studio, once owned by Leon Russell in the ‘70s. It was from this studio, Ripley’s second home, that he would launch himself into his career as a country artist. Enlisting the help of four stellar Okie musicians (pianist Walt Richmond, drummer Jamie Oldaker, bassist Casey Van Beek and guitarist Ron Getman, all of whom had previously worked with major artists, including Linda Ronstadt, Eric Clapton, Bonnie Raitt and Leonard Cohen) Ripley began producing demos of his new songs and sending them to Arista Records Nashville. He was subsequently signed to a record deal in 1991 under the name The Tractors. The group of talented friends who helped him record his demos was then enlisted as official Tractors members and the band sparked to life. Their style was unconventional for country music at the time…mashing together Bob Wills style western swing with Chuck Berry tinged rock-n-roll and a bit of old school R&B. 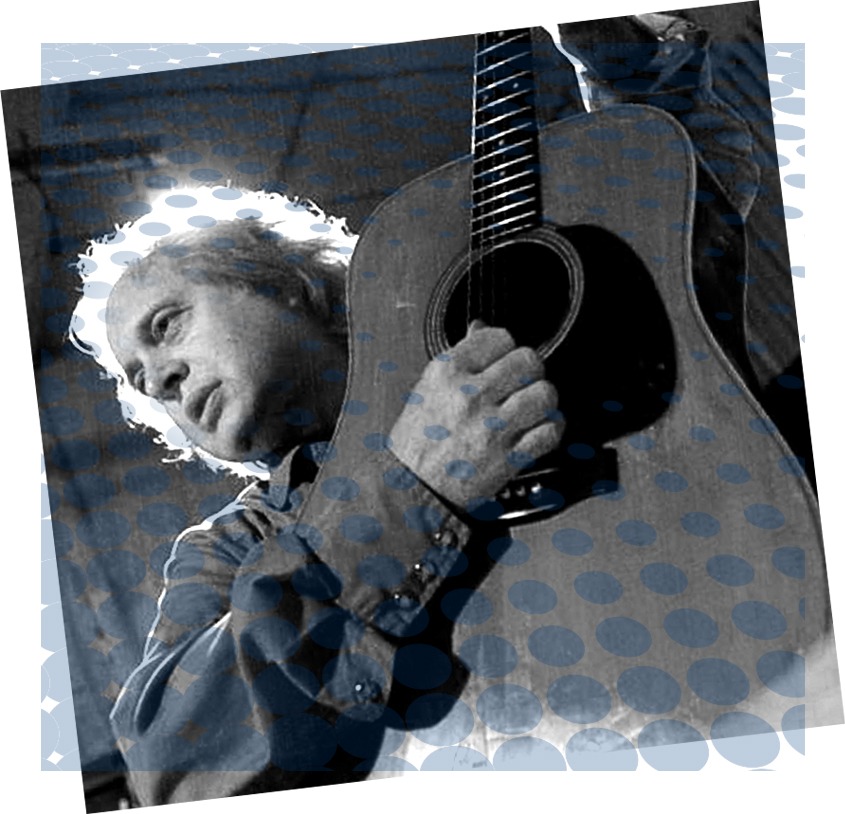 Exceeding all expectations, The Tractors’ 1994 debut (co-produced by Ripley and Richmond) rocketed up the sales charts, led by the massive runaway success of their lead single, “Baby Likes to Rock It.” In fact, the album went platinum faster than any debut album by a country group, eventually topping 2 million in sales. It was also nominated for two Grammys, while “Baby Likes to Rock It” won the CMT Video of the Year Award. Between 1994 and 1999, the band charted eight singles on Arista, all written or co-written by Ripley. The Tractors would go on to release two more albums–Have Yourself a Tractors Christmas, (1995) and Farmers in a Changing World (1998)–before Getman, Oldaker, Richmond and Van Beek left the band. Ripley continued on, however, releasing four more Tractors albums, Fast Girl (2001), Big Night (2002), The Kids Record (2005) and Trade Union (2009). In 2002, he released his only solo album, Ripley. 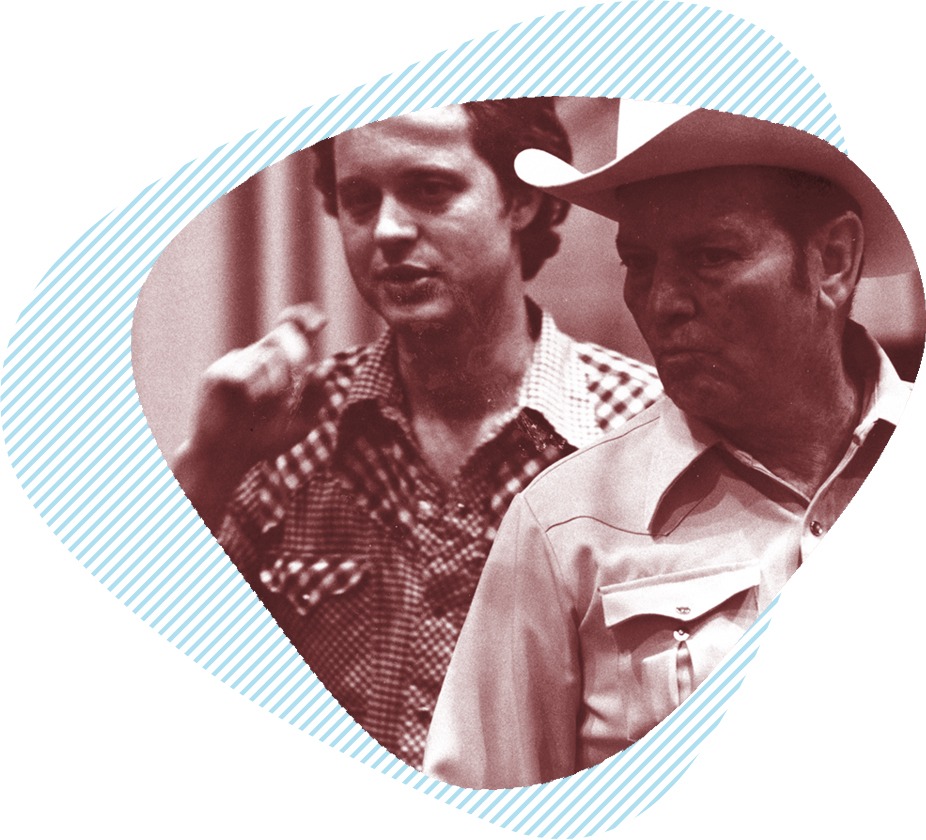 In 2007, the Oklahoma Historical Society reached out to Ripley during the development of an exhibit on the history of Rock and Roll, called Another Hot Oklahoma Night. As part of the public programming for the exhibit, the OHS contracted with Steve to host 20 one-hour radio shows that were broadcast on all of the NPR affiliates in Oklahoma. Public enthusiasm for the topic led the OHS to begin developing plans for the OKPOP Museum.

In 2013, Ripley was hired as an audio archivist, and worked with OKPOP to engineer a collection of unreleased Bob Wills recordings which was later released on vinyl. In 2016, OKPOP acquired the Leon Russell Archive and Ripley became the official Curator of the Leon Russell Collection. Through suffering from cancer at the time, Ripley carefully cleaned, stabilized and digitized hundreds of songs recorded by Russell.