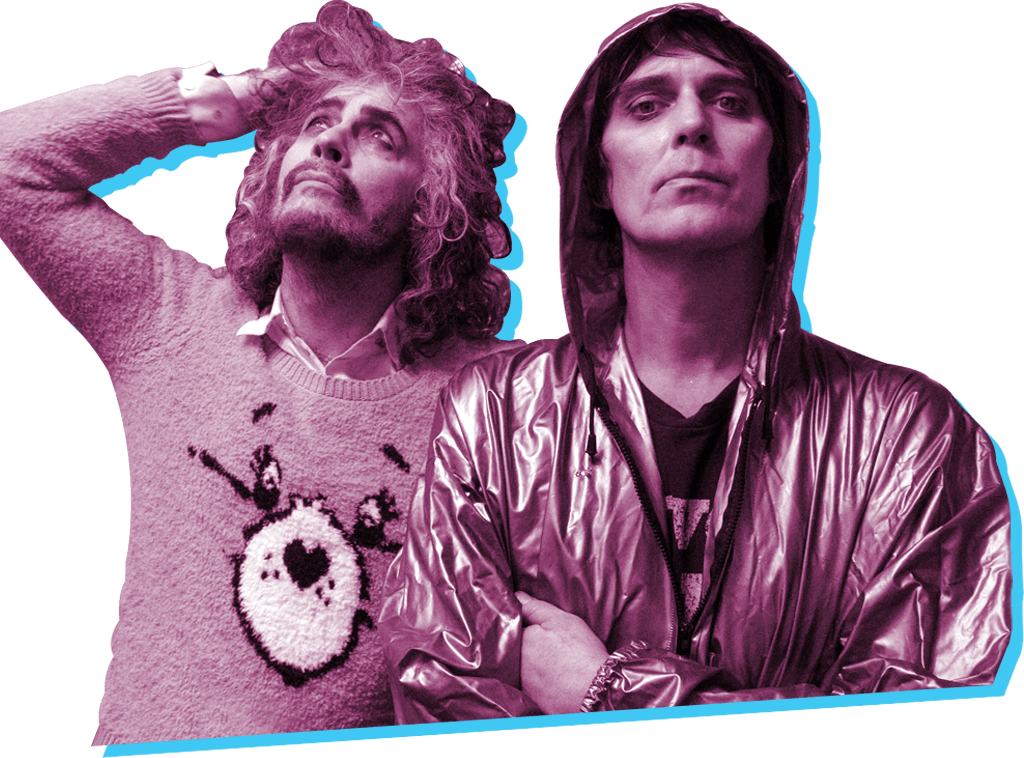 One of the most critically lauded rock bands to emerge on the national scene in the 1990s, The Flaming Lips have never been easy to categorize.

Easy descriptors like psychedelic, trippy or acid-damaged don’t get anywhere close to properly describing the variety of sounds, moods and stylistic experimentation generated by this combo over the course of their 37-year career. Those adjectives also don’t begin to plumb the true depth of the band’s weirdness. 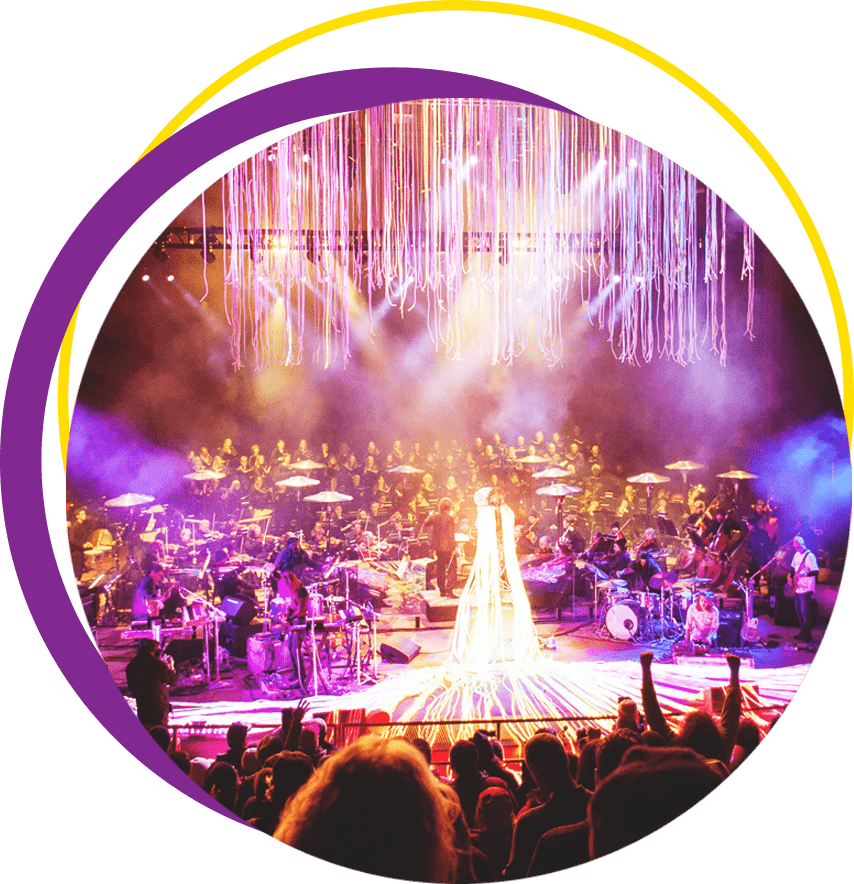 The Lips’ unique brand of oddity is the kind of thing that could only have developed in the musical petri dish of Oklahoma. 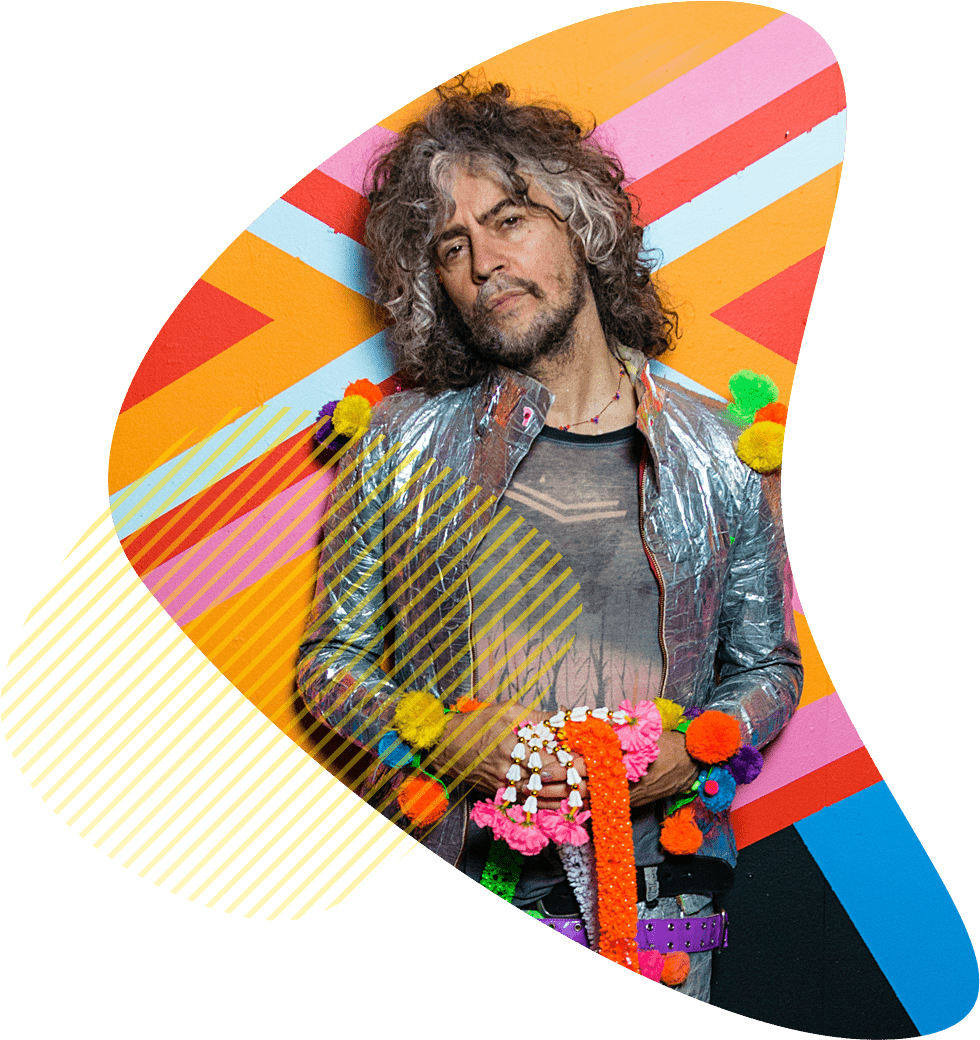 The band formed in Oklahoma City in 1983.

The Flaming Lips genesis occurred when 15-year-old Wayne Coyne convinced his brother Mark and bassist Michael Ivins to start a band…eventually settling on drummer Ricard English to complete the lineup. Two years later they released their debut—a self-titled five-song EP on green vinyl—via their own label, Lovely Sorts of Death. Though the EP was getting some college radio airplay, Mark decided to quit the band and get married…which pushed Wayne into the role of lead singer. The band soldiered on as a power trio, releasing their next album, Hear It Is, in 1986.

With each subsequent album, The Flaming Lips further developed their sound…smashing noise rock energy and blistering volume together with power pop hooks and melodies, riff rock swagger, bizarre imagery, arresting lyrics, sound effects, and Wayne’s warbling, heavily processed vocals. The fusion of all these elements hit a critical mass with their 1993 release, Transmissions from the Satellite Heart. 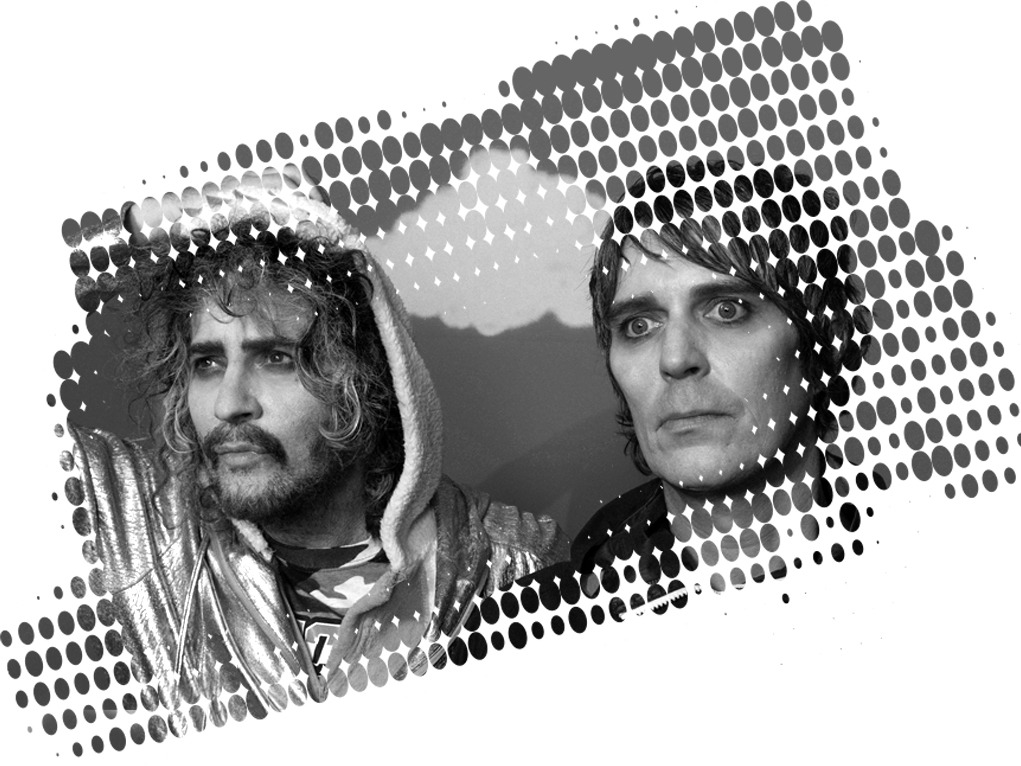 Signed to Warner Brothers a few years prior, the band’s lineup now featured lead guitarist Ronald Jones and multi-instrumentalist Steven Drozd bashing away on drums. The sudden, unexpected success of their single, “She Don’t Use Jelly,” took both the band and record execs by complete surprise. “Jelly” quickly became a modern rock staple, pushing its way onto the pop charts…and radically changing the trajectory of the band’s career.

Not interested in retreading familiar ground, or resting on their laurels, the Lips released a series of albums over the next several years that strayed further into new sonic and stylistic territory…and garnered massive critical acclaim along the way. Two of their most lauded records, The Soft Bulletin (1999) and Yoshimi Battles the Pink Robots (2002), careened into electronic music exploration, and helped firmly cemented their reputation as important rock music innovators. Over the following years, the band developed a fervent worldwide fan base and continues to record and tour to this day, still pushing artistic boundaries and packing concert halls.