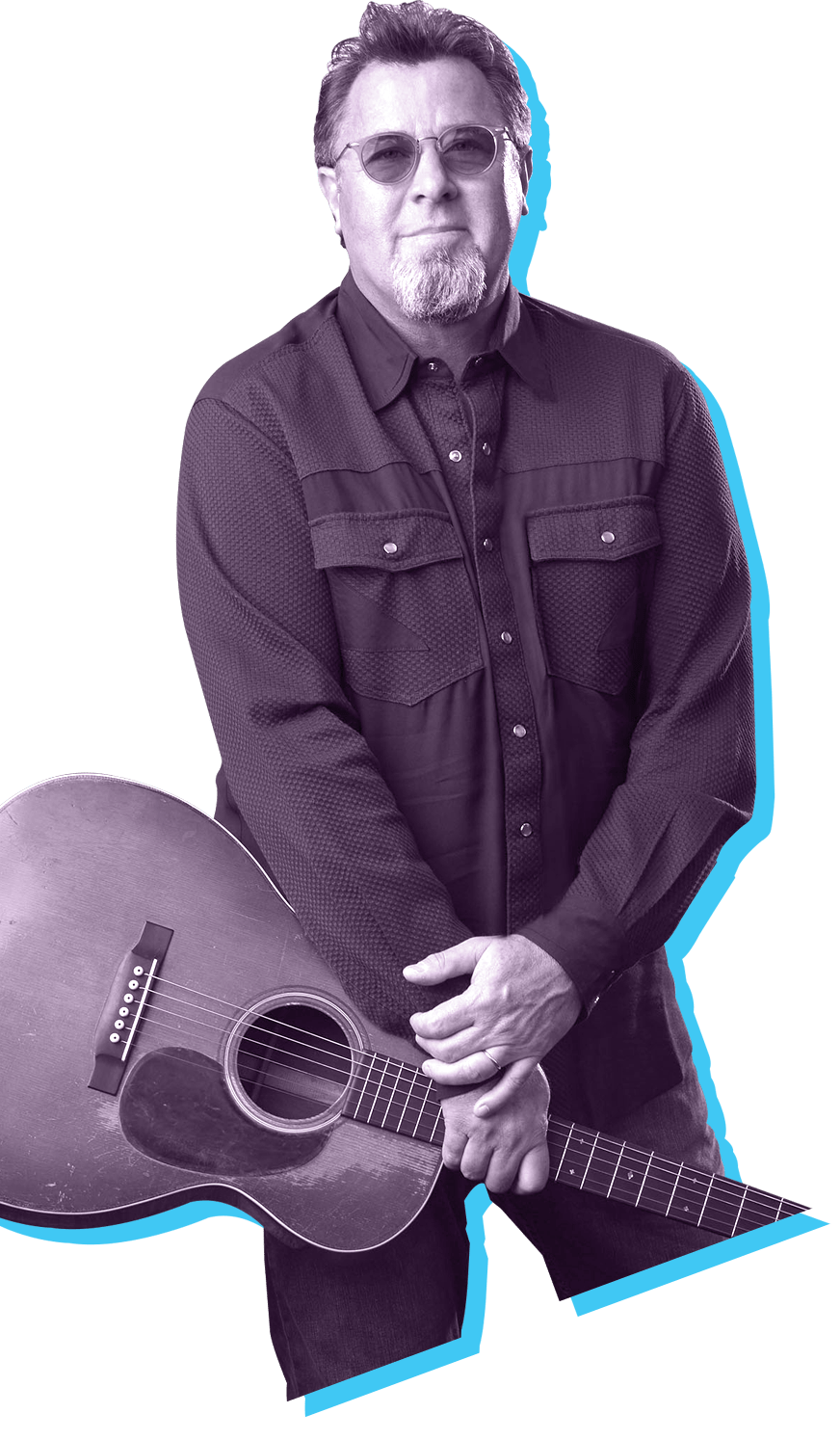 During his decades-long career, country singer/guitarist/songwriter Vince Gill has achieved the kind of massive music industry success that firmly establishes him as a true superstar. Beyond the fame, however, he’s also firmly established himself as one of the absolute best guitarists in the world of popular music.

Gill was born April 12, 1957 in Norman, OK, to Stan and Jerene Gill. His father, a lawyer and administrative law judge who also played in a country band, encouraged young Vince to learn guitar and banjo. Gill began performing with bluegrass group Mountain Smoke when he was 16, and, after graduating from Northwest Classen High School in Oklahoma City, he set off to Louisville, KY, to pursue his professional music career. After spending some time in Ricky Skaggs’s Boone Creek band, Gill moved to Los Angeles and eventually became a member of country rock band Pure Prairie League from 1979-1981, singing lead on their single “Let Me Love You Tonight.”

Throughout the next two decades, Gill released chart topping and multi-platinum albums, receiving an unprecedented 17 Country Music Association Awards (more than any other artist), including Entertainer of the Year two years in a row and Male Vocalist of the Year five years in a row. To date, Gill has won 21 Grammy Awards, sold more than 26 million albums and racked up more than 50 Top 40 hits. In 2000, Gill married Christian music star Amy Grant. In 2017, he became a touring member of Eagles, singing the vocals of late founding member Glenn Frey.